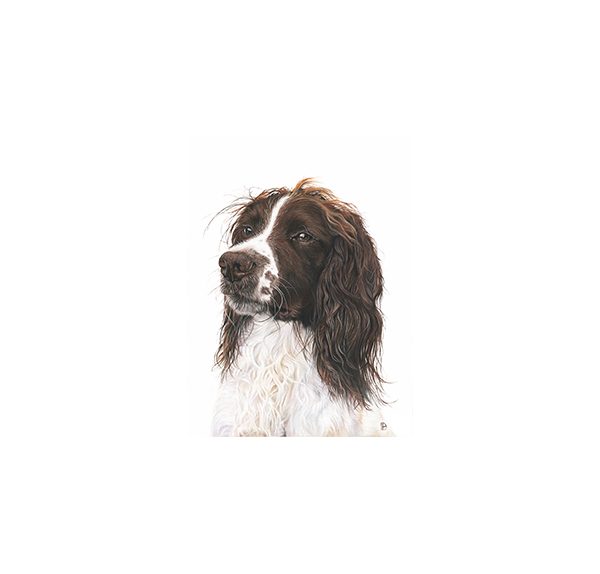 WHY I LOVE THE SPRINGER SPANIEL, BOTH AS GUNDOGS OR PETS

I have to start by saying that Springer Spaniels are one of my favourite breeds. I’ve owned Springer Spaniels for most of my life and I’m pretty sure that I’ll always have one. My Springers have always been pets and have never been used as working gundogs and I don’t think all of them would have made good gundogs either. When we went to see our current boy as a pup the breeder told us that Alex would be the best fit for us. He let Alex out and he came straight to us and just wanted a fuss, the breeder explained that the other pup he had was more of a working springer. I loved Alex immediately but we asked to see the other pup as well, straight away we could see why the breeder said Alex was more suitable. The other pup came out and just ignored us all, he had his nose to the ground and was just sniffing and exploring the area around him, we tried fussing him but he just wasn’t interested in having a cuddle! Alex is a wonderful boy, so intelligent, great at listening to commands and is a perfect fit to our family, but I’m sure he wouldn’t have been a good gundog, he thinks he’s more of a lapdog like our smaller dogs!

A SHORT HISTORY ON THE SPRINGER SPANIEL

Originally both cocker spaniels and springer spaniels were born in the same litters. The purpose of the breed was to serve as a hunting dog and the smaller cockers were used to hunt woodcock, and their larger littermates, the springer spaniels, would “spring” or flush the gamebird into the air where a trained falcon or hawk would bring it to the handler.

English Springer Spaniels were initially know as Norfolk spaniels. Dogs were often named after the counties in which they were developed, or after their owners who were usually nobility. Two strains of larger land spaniel were predominant in the 19th century and were said to have been of ‘true springer type’. These were the Norfolk and the Shropshire spaniels, and by the 1850s, these were shown under the breed name of Norfolk spaniel.

In January 1899, the Spaniel Club of England and the Sporting Spaniel Society held their trials together for the first time. Three years later, in 1902, a combination of the physical standard from the Spaniel Club of England and the ability standard from the Sporting Spaniel Society led to the English Springer Spaniel breed being officially recognized by the English Kennel Club. The American Kennel Club followed in 1910. In 1914, the first English Field Champion was crowned, FTC Rivington Sam, whose dam was a registered cocker spaniel, Rivington Riband. Sam is considered one of the foundation sires for modern field lines.

Springer Spaniels are often described as affectionate and excitable. The typical Spaniel is friendly, eager to please, quick to learn and willing to obey. They can be an affectionate and easy-going family dog but its alertness and attentiveness also make it a good hunting companion. A typical Springer Spaniel will often choose one person in the family to be most loyal to and stick with that person as much as possible; they are often referred to as a ‘velcro dog’ They are sociable dogs and they enjoy the company of children and handles the company of other pets well. They are one of the easiest breeds to train which makes them popular as detection dogs in a wide range of uses.

Springer Spaniels are the tallest and therefore amongst the fastest of all UK land Spaniels and are one of the purest and oldest, native gundog breeds. They are medium in size and extremely well-balanced looking dogs that boast a gentle, intelligent expression. Although both working and show dogs fall into the same breed category, there are some quite noticeable physical differences between them.

Show dogs have longer, softer coats and longer ears than working dogs. They are heavier than their working counterparts and have droopier lower lips and longer upper lips. Springers have longer muzzles than their Cocker Spaniel cousins and their almond shaped eyes are closer together and dark in colour giving them a doleful yet intelligent look. One of their well know characteristics are their ‘messy’ curly ears.

Springers carry their tails level to their bodies, they are nicely feathered and always wagging much like their cousins the Cockers. Springers really do have a unique way of moving unlike any other breed of dog which makes it so nice to watch these dogs being put through their paces whether in the show ring, when they are at play or at work.

A Springers coat is close-lying, straight and super weather resistant being soft to the touch and not coarse at all. They have moderate feathering on their ears, body, front legs and bodies as well as on their hindquarters. When it comes to colours, they can be black and white, black, white and tan, liver and white or liver, white and tan.